Beginner writers often make mistakes that reveal their inexperience. Their manuscripts are riddled with signs that scream ‘novice writer’. If you want your writing to sound more sophisticated, here are some practices to avoid.

Using too many adjectives in a sentence decreases their effectiveness and makes your writing look unprofessional. Usually, two adjectives are enough. By the time readers get to a third, they’ve forgotten what the first one was. For example:

Clichés and repetitious expressions irritate readers when overused. Keep them to a minimum and try to find fresh ways of expressing yourself. For example:

He was tall, dark and handsome. (cliché)
He towered above the other men and his raven-black hair complemented his movie-star looks. (original)

Telling instead of showing (characters)

Try to show readers a character’s emotions rather than simply describing them. When you tell your readers how a character is feeling, you distance them from that character. It is far better to show your readers so they become emotionally engaged with the character.

For example, don’t tell readers that a character is angry — He felt very angry; show them — His face turned the colour of an over-ripe plum.

Telling instead of showing (plot)

Don’t use too much narrative summary (telling) when writing your story. Try to use immediate scenes and include dialogue (showing) wherever possible. Narrative summary is a telling of the story after the event or second hand and removes readers from the action. Scenes are more engaging for readers because they take place in real time. Readers can watch the story as it unfolds.

For example, instead of: The girl told her mother that she had grabbed a knife and plunged it into the man’s chest. She hadn’t meant to kill him. She just wanted him to stop.

Try: ‘What happened? What have you done?’ the girl’s mother asked when she arrived home to the grizzly scene.
‘He was hurting the dog,’ she said, staring at the knife protruding from the man’s chest. ‘I had to make him stop. I didn’t mean to kill him.’

Use of weak verbs and adverbs

Don’t use an ‘ly’ adverb to prop up a weak verb. Change the weak verb to a strong verb instead. Using a specific verb to help describe an emotion will make your writing more powerful. For example: 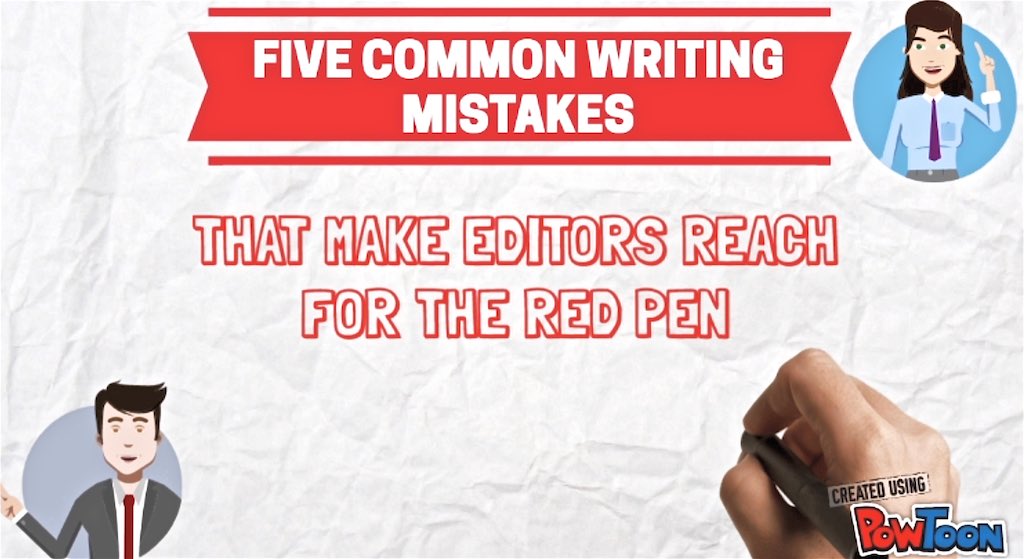 By pazne|January 8th, 2018|editing|Comments Off on Five common writing mistakes that make editors reach for the red pen